“Tune into Jonny, Holly & Nira from June 19th- 23rd for your chance win $200 from Bacardi plus qualify for A Bacardi Way Home Music Festival VIP Flyaway for you and 3 friends to see artists like Flume, Frank Ocean, Solange, Vance Joy, Marshmellow and more!!! Your trip includes roundtrip airfare, VIP accommodations, car rental and VIP wristbands plus we’re hooking you up with $1,000 spending cash!”

The only reason I still listen to the radio is because it’s my only source of music in the old Corolla. If I could use Spotify in my car, I would. It’d spare me the inane ads.

I’ve become a huge homebody since I started my frugality journey, but before that, I used to go to every event I could for the sake of Fun. I even started a music blog so I could go to concerts and events for free and somehow, over the years, I’ve come to realize big events kinda suck. After going to more concerts than I can remember, I realized I hated most concerts. When that contest ad came on on the radio, my initial reaction wasn’t “HOLY SHIT, I HOPE I WIN THAT!” It was “Jesus Christ, that sounds like an ordeal.” Let’s break it down.

The $200 cash is the only thing I’d want from this promo, but even then, I’m not jumping through hoops for it. The show that promo is a part of airs from 5:30-9:00 AM. Nope! I’m not getting up for that shit! I’m not suffering through hours of Bieber for the chance at $200. And even if I get through and win $200, there’s a chance I might have to accept that concert prize? No! I’ve been to enough concerts and festivals, and I always feel like I’m being held hostage at them. Between acts I might actually want to see (which tend to be ruined by the fact I’m fighting a massive crowd of sweaty hipsters and can’t hear shit half the time) are numerous acts I don’t care about, but I feel obligated to stick around. I don’t really have the freedom to do what I want! Also, this is in Barrie, Ontario so winning this would ALSO mean being on a plane for four hours just to get there. And really? VIP wristbands? I assume that means we’d be able to get near the front where the performers are… and where the sound quality is most appalling. I guarantee you no sound mixer is adjusting their levels for the front row. Enjoy your hearing loss!

The more I thought about this, the luckier I felt. By doing nothing and NOT calling in, I’d spared myself a multiday ordeal. Instead, I could stay at home, a space I’d optimized to be my most comfortable place in the world. I had complete freedom here. Why would I change that? Why would I go out of my way for DAYS for someone else’s interpretation of Fun?

Maybe it’s just me getting older, but most of what I once thought of as Fun actually isn’t. I don’t want to line up to get into a club. I don’t want to be a “VIP” when the only reason I am is because I paid through the nose for a wristband. I don’t want to be a part of the concert ritual, where a band leaves the stage before playing their #1 single and everyone chants “ONE MORE SONG!” like an idiot to get them to return, even though we all know they will. That’s not for me anymore, and knowing that was actually insanely liberating. I DON’T WANT THIS, EVEN IF IT’S FREE. And that also means I DEFINITELY WOULDN’T PAY FOR IT.

Some people chase Fun all the time because it’s an escape. I don’t want to escape. I’ve made my day-to-day life as enjoyable as I can. If you haven’t already, figure out what’s actually Fun for you. There’s a very good chance it’s something free or close to it, like reading a book or going on a hike. If you need Money to have Fun, you’re in for a difficult life. Winning a contest won’t save you.

I hope you find what you’re looking for. 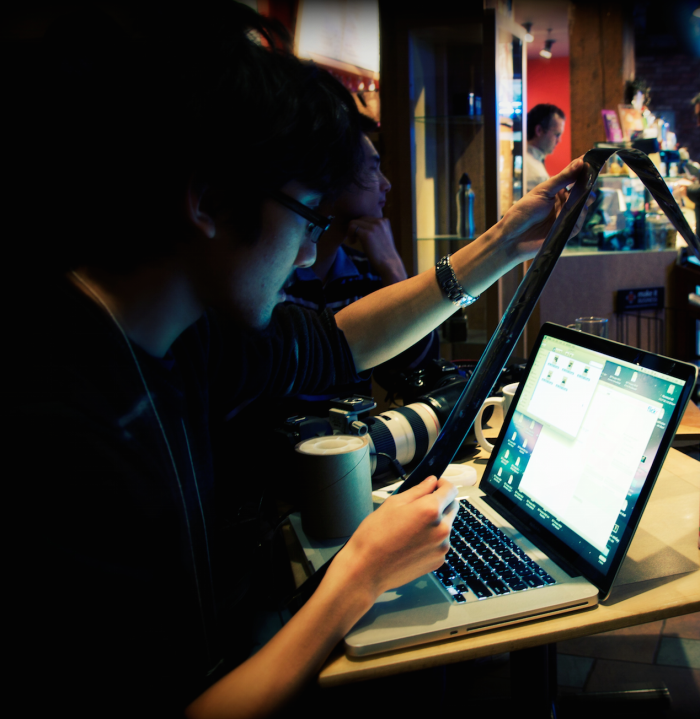 “The making and authorized distribution of this film supported over 15,000 jobs and involved hundreds of thousands of work hours.”

That’s the message at the end of X-Men: Apocalypse. The fact it’s anti-piracy is clear, but that’s not why I snapped to attention. What got me was I’d essentially seen this movie for free on Netflix, even though I should’ve paid hundreds more! Gimme a sec. I’ll explain.

Now, you obviously know a blockbuster movie takes millions of dollars to make. Not just that, but the combined experience of 15,000 creative men and women is nothing to shake a stick at. Many of them have been in the film industry for decades. Let’s average it out to 10 years of experience per person. (I think that’s fair because even -I- have 10 years of film experience.) Well, we’re already looking at 150,000 combined YEARS of experience to produce this movie I basically saw for free! X-Men: Apocalypse is 144 minutes long, so each minute I spent checking out the blue chick or cheering on the disabled psychic took 1,000+ YEARS OF WORK AND COMBINED LEARNING to make it as awesome as it was! It gets better. X-Men: Apocalypse had a budget of $178M USD. That’s $238,039,400 in Canadian dollars, so EVERY MINUTE of that movie cost $1,653,051! WHAT?!? Even if I’d seen it in theatres for $15, I think reaping the benefits of 150,000 years of work and $238M was a fair trade. So what if other people are watching it too? Other eyeballs on the screen don’t diminish YOUR experience with the movie. With your $15, you’re effectively hiring a stellar cast and crew, plus a production company, to personally show you people in funny suits punching each other! That’s goddamn hilarious! They did all that – FOR YOU.

Now, obviously, they didn’t do it for you exclusively. We know that. In order to appreciate life more fully though, pretend they did. Not to get into solipsist philosophy, but what difference does it make? You’re lucky enough to appreciate a $238M product for $15 in a theatre, or BASICALLY FREE at home, and it was all for your enjoyment! Now, apply this same line of thinking to every product you use. Your toothpaste took years of research. Your clothes went through a series of skilled workers. The food you eat in a month potentially came from hundreds of plants and animals. And yet, IT’S ALL AFFORDABLE ON ONE PERSON’S WAGES?!? If this doesn’t blow your mind, I can’t help you. You’re indirectly hiring thousands of people every day for only about $100. That’s bonkers.

Obviously, don’t spend more. Instead, recognize how lucky you are and SPEND EVEN LESS. If you just hired 15,000 people to tell you the story of a human magnet, you can proooooobably put the new Mass Effect game back on the shelf. While you’re at it, recognize the environmental impact you have on the world and eat one less animal maybe. You’re already hoovering up plants for pennies, and you didn’t even grow them. The iPhone you’re reading this on? 40 years of constant engineering from a staff of thousands. You don’t need to upgrade as soon as a new one comes out. You already have a personal oracle in your pocket that borders on sorcery.

Be fucking happy with what you’ve got. You’re already getting way more than you pay for. Pretend everything you use was made FOR YOU and appreciate where it all came from. Someone else may have the same product, but that doesn’t diminish your experience with what YOU own. In fact, it even adds value! This way, you get to talk about the same TV show with your friends!

From now on, look at each new purchase with this perspective. I hope it’ll give you a feeling of constant abundance. While you’re at it, maybe stop pirating movies. I used to work in film and TV too, y’know.