Normal Retirement at 65 is basic personal finance, which is why it boggles my mind that Most People haven’t figured this shit out yet. Up until yesterday, I hadn’t figured it out either. After all, it wasn’t too long ago I said Retiring at any age wasn’t likely. The truth is I was just lazy and hadn’t run my numbers yet. I just got back from the bank, and I’m now 100% set for Normal Retirement (NR). Here’s how I did it.

Your Future is in your hands. What means more to you? The Retirement you never thought was possible, or the soy-mocha-frap-fuckdrink you “can’t live without”? Buy a coffeemaker. Go to shitty clubs less. Treat yourself still, but not in a way that costs money. Go for a goddamn jog. Eat well. Read a book. You’ll be Rich in no time.

If you need me, I’ll be over here mathing how to put an extra $100/month into my TFSA. Maybe I can try for EARLY Retirement. I can’t believe how simple Getting Rich is… 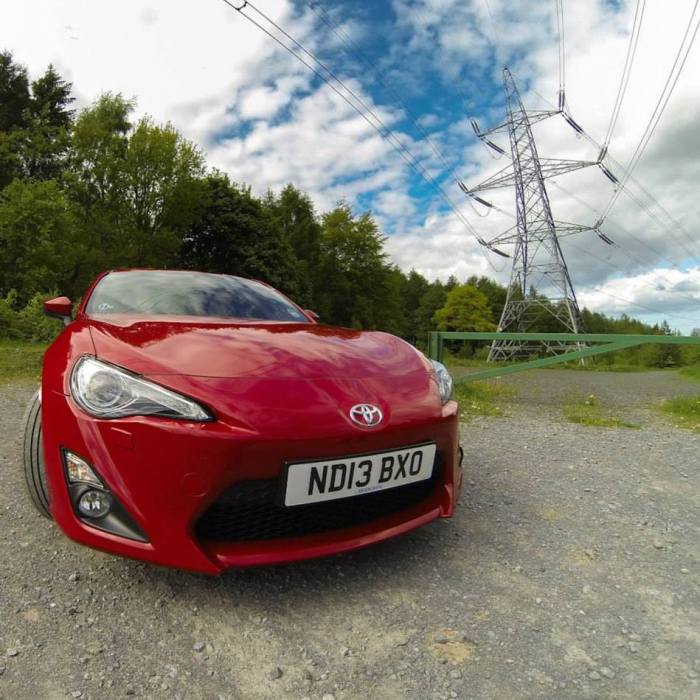 I own many shiny things. There’s a long list, but the main items up for debate are my Canon 1D X and my admittedly ridiculous collection of PlayStations (3 PS4s, 2 PS3s and 1 PS2). While the 1D can be written off as a business expense, the gaming expenses are pretty nuts. With all the screens, controllers and games added in, we’re looking at roughly $5,000+ I’ve spent on video games. Crazy, right? Or is it? Let us know in the comments, but let’s get down to the nitty-gritty of today’s post: Why are shiny things dumb, and how can omitting them from your life improve it?

I don’t drive a nice car. I’m actually driving my mom’s shitbox Corolla and don’t tell her this, but putting a few dents in it from time to time isn’t something that worries me. I get basic insurance, and MPG is something that matters to me. I crave efficiency and practicality. On the other side of the spectrum, I see all sorts of ridiculous cars in Richmond, BC where I live: Maseratis, BMWs and miscellaneous other expensive vehicles being driven by 20-year-olds. I admit flaunting wealth can be kinda fun, but when you’re 20 with an N on the back, you just look like an idiot trying to fit in. It’s obvious you didn’t earn the money to buy said vehicle, and it’s obvious you care more about appearance than substance. Don’t be a dipshit.

But wait! What if you’re NOT a dipshit and you still buy a car you can’t afford? I sat down with my friend Mike in the UK and prices are just a wee bit crazier over there. This is the story of his Toyota GT86. In his words:

“as part of my contract, i have to have my car serviced by the dealer every year and there are different grades of service. my first was around £180 for oil and filter change basically which should be classed as fucking thef because i could do it myself for 1/4 the price.”

Don’t even get me started.

“year 2 was supposed to cost around £450 at toyota for the more detailed service. i found out i could get it done at any vat registered dealer. my friend has his own garage, he basically charged me for parts and a little labour. It cost me £190”

In short: Fuck you, Toyota.

I may be $22,535.05 in debt, but that was a series of hundreds and hundreds of minor mistakes. Mike made One Big Mistake and fucked his financial future in colossal ways. Luckily, he’s getting rid of it soon, and for good reason. The last time I saw him, a massive hailstorm had just hit Newcastle. His shiny GT86 was suddenly peppered with tiny dents. He lost his shit. Why put so much money into something that only causes you stress? That seems like a shitty investment! But wait, you wanna see numbers, right? Let’s run ‘em: $52,723.06, if I invested it now at 27 averaging 7% interest, IS $689,579.21 BY RETIREMENT AT 65!

That’s just one example, but if you’re ever gonna succeed in life, you need to stop being so precious about the shit you like to keep pristine. Your shiny car is bullshit. The $1.2M mansion you’re pulling 70 hours a week for is bullshit. My PlayStation collection is bullshit. None of it matters. If it’ll cause you stress when it’s inevitably compromised in a way that WILL COST YOU EVEN MORE MONEY, it’s a poor investment. However, if it SAVES you money, or GENERATES money, you’re in the clear. That’s why my Canon 1D X isn’t stupid. That camera can make me thousands in a day. That can stay.

Here’s a Compound Interest Calculator. The next time you’re considering a Large Purchase, figure out the Real Cost and how much Money you’d have if you invest it instead. I calculate for 7% because I invest in US index funds. Literally NEVER skip this step. If you follow this advice, you’ll be richer than you ever dreamed.

See you when you’re Retired. Fancy some PlayStation? 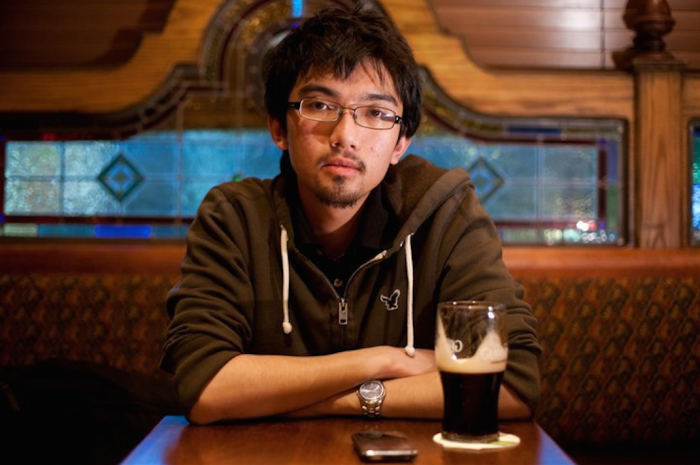 I owe a stupid amount of money. We’ve talked about this before and things are even more grim now, as I still appear to be spending more than I’m earning. There are a few reasons for this – namely that I keep my business finances entirely separate from my personal finances, and though I’m busier than ever, not a lot of money from my business makes it into my personal chequing account since I reinvest it in advertising. For instance, I’m currently producing my own video ad and that’s running up quite the tab. C’est la vie.

The point is I’m $22,000 in the hole because I’m the Dumb Ben, but this turned into a great opportunity to research interest rates and get debt savvy. I’d also like to point out my $22,000-in-debt is a little different than $22,000-in-debt for someone who still has Rent. I pay something in the neighbourhood of $100 per month as “rent” on my Debt. I’m pretty okay with that, but obviously, if you’re still paying Vancouverite prices on Rent, $22,000-in-debt is a bit of an emergency. Get on that. As an aside, I know I’m a bit of a financial shitshow. For one, if I don’t have Rent, why am I so poor with money management that I have Debt? I’m a mess. Anyway.

There’s always room for improvement in managing your interest rates. I’m sure many of you reading this carry some sort of balance on a 19.99% credit card. This is a huge no-no. Every $1,000 you have to pay interest on costs you $200/year with no added benefit. There are credit lines for a reason, and as you’ll soon see, even other credit cards can help you manage your Debt.

In managing your Debt, you have more resources than you realize. There are credit lines, low interest credit cards, even family members who’d love to help you out. The best part about utilizing people like your parents or siblings is it keeps your money in the family. Just make sure you actually pay people back. Done carelessly, this is the kind of shit that can tear a family apart. Not everyone is as awesome as my brother.

I really picked a shitty time to start this blog though, eh? Sure, let’s talk about saving money during my three slowest and spendiest months of the year! Jesus Christ.

WHY ARE YOU EVEN TAKING ADVICE FROM ME. 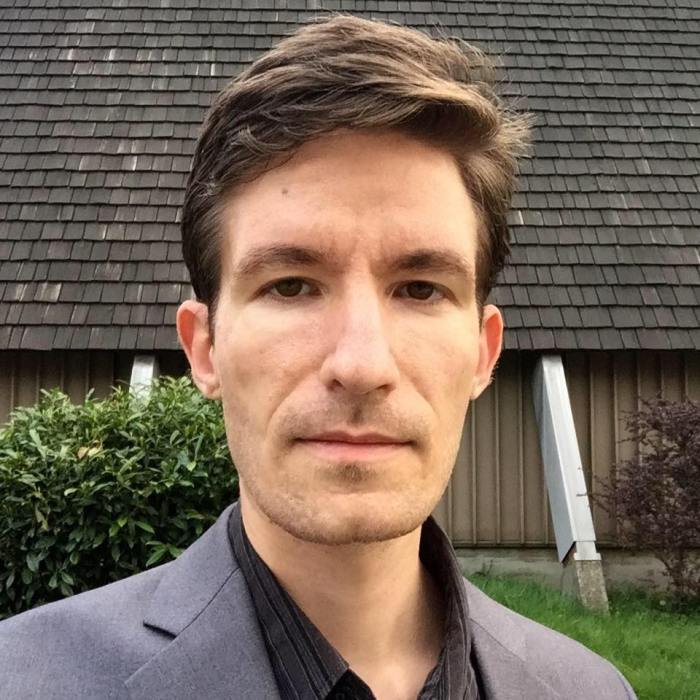 Ben and I started this blog with the best of intentions, but month after month, we’re proving to be better examples of what NOT to do instead of being the personal finance wizards we like people to think we are. Since you’re already aware of my Questionable Spending Habits, maybe it’s time to update you on The Other Ben – pictured above – who recently moved to NYC to participate in a three-month programming retreat…

Ben is one of the smartest people I know. He’s so close to a six-figure salary, I freak out and flip tables every time I think about it. Before his move, he was averaging an estimated monthly expenditure of $1,750, or $21,000 a year. When you take a step back and remember how much he makes on average, it’s mind-blowing how fast he’ll reach Retirement. He’s 27 and had he stayed on course, he would’ve reached his Retirement Number of $525,000 by 38 like he planned. (Many of us in the personal finance community use The 4% Rule when mathing our Retirement Numbers.) Well, Ben quit his job recently to go to New York, so his current salary is actually $0.

This won’t set him back though. If anything, the things he’ll learn and the people he’ll meet at his programming retreat will help him reach his six-figure salary even sooner. In the long run, as long as Ben returns to his high-earning and thrifty ways, he’ll still be able to Retire by 40.

February was a spending disaster for Ben. He made it very clear I could only post these numbers if I made it obvious this wasn’t his usual spending. He’s renting in the US and Canada while he moves, and paying phone bills in both countries. Total expenses for February: $3,387.28. His Rent for both places was $1,650 of that. Food came to $750.20 as he explored his new neighbourhood. Honestly, I would’ve done the same. One surprise I noticed was he didn’t have an Alcohol category. Could he really have spent ONLY $750 on food AND booze? Holy shit. What kind of monster does that? I’m too embarrassed to even mention my Alcohol spending. It’s more than $750 and that’s all you need to know.

An interesting thing to note is Ben’s spending in February was almost exactly what I spent in January. The main difference is what he spent in Rent, I spent on Alcohol. At this point, I’m full on acknowledging I have a Drinking Problem, and March is already looking better. I’m keeping myself busy by taking on more photo clients, and my Alcohol consumption is way down. If you can believe it, we’re now seven days in, and my Alcohol spending is literally at $0. There’s hope for me yet.

What questions do you have about our spending? Any tips? What else would you like us to track? Let us know in the comments.